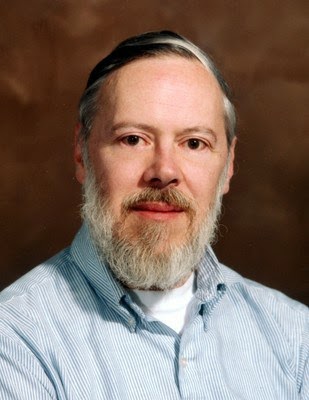 USA. The idea behind to develop C is to re-write the UNIX Operating System in it. The many concept of C is taken from BPCL develop by Martin Richards and B language develop by Ken Thompson. It is interesting to know that BPCL and B was type less language, But C has the different data types. In 1978 "The C Programming Language" is published by Kernighan & Ritchie.

In 1983, the American National Standard Institute (ANSI) established a committee to provide a modern, comprehensive definition of C. The resulting definition, the ANSI standard, or "ANSI C", was completed late 1988.

C is a middle level language because it has the both features of HLL (High Level Language) and LLL (Low Level Language)  features. C is HLL because programmer can simply take the I/O, can use the data types, operators etc. In C programmer easily does the Embedded programming and can bridge the gap of Machine Language. Because in C simply Embedded program can build and direct deploy in ROM or Micro Controller without interfacing of third party software such as OS. In C System programming can done very easily and programmer can build there one Operating System (Unix is written in C). In C programmer can build System software's which is the feature of LLL and can build Application software's which is the feature of HLL, So C is the MLL.