Q. What is Computer? Explain its Characteristics and Limitations?

A computer is an Electronics Machine, Which processing the Input data according to the Instructions given by the Programmer/User and provides the desired information as an output.

Terminology used in Definition of Computer

Characteristics of Computer
Speed:- A computer is very fast machine.  It can perform large amount of wok in a few seconds.  Where human being worked a particular work for whole day, computer does the same in very short time.  Today, computers can perform 100 million computations in one second.  The speed of computers are measured in terms of microseconds, Nano seconds and even in Pico seconds.
Where 1 second=10-6 micro second
=10-9 nano second
=10-12 pico second
Accuracy:-    The output of computer is 100% accurate and capable to perform arithmetical calculation and logic operations with the 100% accuracy.  It can never make mistakes (All mistakes are done by users). The cause of errors may be due to inaccurate feeding data or due to wrong setting of the programmer.  Computer is works on GIGO Algorithm; i.e Garbage In Garbage Out, which means if faulty instruction are provided for processing the data, obviously wrong answer will be given, or we can say output of computer is depends on input of data and the logical operation performed on to data.
Diligence:-   Computer is a machine which has no feeling and no emotions. It can work 24*7 with same accuracy and speed. A Human can feel lack of concentrate but a computer is free from these and you will get the result you want with the same speed and same accuracy.

Versatility:-   Computer is capable to does multiple task at same time. Versatility is one of the most wonderful features about the computer.  One moment, it is preparing the results of a particular examination, the next moment it is busy in preparing electricity bills, and in between it may be helping an office secretary to trace an important letter is seconds.  It can do multiple works at a same time.  It also used in data processing jobs, weather fore casting, ticket reservation purpose, multimedia designing, animations, accountancy etc.

High Memory:-   A Computer has the mode memory or storage capacity then a human beings.  It can store millions of data and instructions, which can be retrieved and recalled even after a number of years.  This is not possible in case of human brain, and the memory power of computer is increase day by day.

Automation:-            Computer does all operations automatically. It means once the data and instructions are fed to a computer, human interventions are not required.  The computers manipulate the data according to the instructions and continue doing so till the last instruction is executed.

Reduce the paper work:-   The use of computer reduces lot of paper work. We store our data in files in computer there is no required to write data on to Papers.

Data dependency:-    Computers processes the data, if data is wrong, results will be wrong.  It is said for computers, GARBAGE IN, GARBAGE OUT (GIGO) Hence reliability of data is must.

User Dependent:-          Computer is a user dependent machine.  It can not do any work without programmer or user.

Cost :-   They are costly and its maintenance is difficult calling for expert/trained hands. 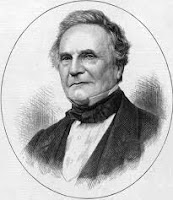 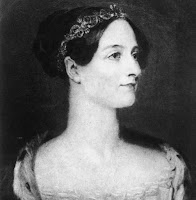