Q. Is it possible to involve the private member data outside the class? If yes? How? When do you need it?

Q. Make a diagram to show the accessibility of  private, public and protected. 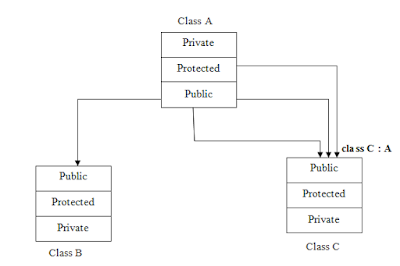 
So, ‘protected’ mode allows a private member can be access from out of Class.


As we make the object of class abc, constructor is called automatically.